A Cat of Tindalos 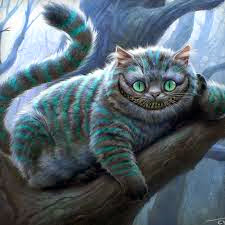 A Monster of the Week Conversion


“All mankind needs to be the monster he truly is, is being told he can.”

Magda is a main character on Showtime's Penny Dreadful: City of Angels. She is portrayed by Natalie Dormer.

Magda is a demon who can take on the appearance of anyone she chooses. Charismatic, clever and chameleonic, Magda is a dangerous enemy and an invaluable ally. In her true form, Magda has fair skin, grey eyes, and dark brown hair, often seen wearing all black attire. Described as charismatic, clever and chameleonic, Magda is a powerful demon who has a strong hatred for mankind, seeing them only as monsters and wishing to bring that to the surface. Magda usually seeks to remain behind the scenes, manipulating mankind to its destruction without being noticed. Magda is the "sister" to the Angel of Death (in her avatar of Santa Muerta) with whom she apparently has a somewhat friendly relationship.

Monster Type: Breeder (motivation: to give birth to, or bring forth, evil).

•Shape-shifting: Magda possesses the ability to take on the appearance of anyone she wishes. Her multiple persons are a testament to that, with various features such as hair and eye color.

•Pyrokinesis: The power to generate, control and manipulate fire.

•Homunculus creation: Magda can create homunculi, who presumably act as extensions of herself. She notably created one to manipulate Dr. Peter Craft in her guise as Elsa. This homunculus had the appearance and manner of a small male child and was able to answer questions independently. It appeared human enough that even a trained physician believed it was human. Magda absorbed the homunculus back into herself when it was not needed.

•Incorporeal: Magda can become invisible and incorporeal at will.

•Hypnotic suggestion: Although she relies mostly on conventional psychological manipulation, Magda can impart "suggestions" into the minds of NPCs that she whispers to while invisible, which can influence their next action, often with disastrous results.

Armor: Unclean Spirit. May not be harmed with ordinary weapons or means. 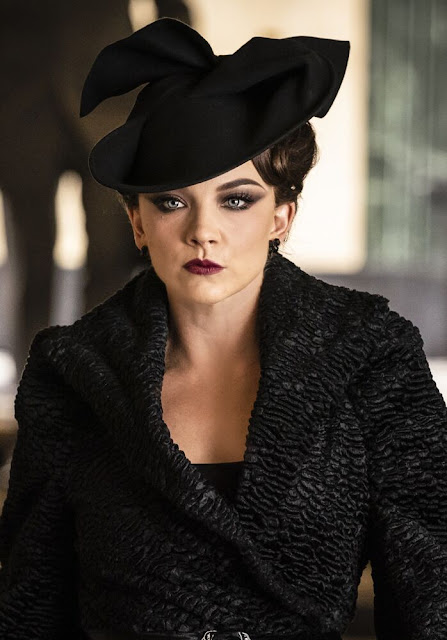 Posted by Mark Tygart at 5:26 PM No comments:

The Tomb of the Gray Philosopher for Dungeon World Revised

Posted by Mark Tygart at 3:33 PM No comments:

The infamous one sheet adventure:

The first version of the adventure: 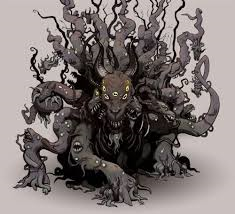 Posted by Mark Tygart at 1:48 AM No comments:

A Monster of the Week Conversion of a Delta Green Scenario

From Delta Green: Need to Know a free download at:

Converted to a Monster of the Week mystery by Mark Tygart

This is an example of how easy it is to convert a Delta Green scenario to a Monster of the Week mystery.

Clyde Baughman was an active agent from 1967 to 1970, and an infrequent “Friendly” during the late Nineties. Four days ago, he died in his apartment of a massive heart attack. For the most part, Baughman was very circumspect about keeping his secrets. There was one significant, unfortunate exception: his reaction to the death of his wife, Marlene. When cancer took her, he attempted to use certain incantations, discovered during his work with “the Agency”, to restore her to life. Tragically but unsurprisingly, the spell failed to return her in the condition he wanted. Instead it created an undying monster that spoke with his wife’s voice. Baughman, distraught and ashamed, told no one. He sealed the creature in a septic tank at an isolated cabin. He repeatedly tried to work up the nerve to destroy the thing that had once been his wife, but he never could. She waits at his cabin still.

“The Agency” has learned of this death and has tasked the nearest available Officer(s) and their local deniable network recruits (if any) to conduct a sweep of the late retired Agent Baughman’s apartment to remove any evidence of his ties the organization.

There is nothing in the apartment except for the fact that it reveals through various financial and personal documents that Clyde Baughman owned an isolated vacation cabin.

Hunters that locate the Footlocker in the Cabin gain access to a free Armory as per the Expert Move for the party.

Armory: You have a stockpile of mystical and rare monster-killing weapons and items. If you need a special weapon, roll +Weird. On a 10+ you have it (and plenty if that matters). On a 7-9 you have it, but only the minimum. On a miss, you have got the wrong thing.

If Hunters already have an Armory, substitute another appropriate Expert Haven move as a resource.

That Which Was Marlene has her current residence here.

Mrs. Janowitz: Busybody (motivation: to interfere in other people’s plans)

Agents making an open or noisy approach to the building will encounter Mrs. Janowitz, age 66, out to walk her dog, Mitzi. While Janowitz knew Baughman, the two were not close. She has never met either of Baughman’s children. She says in passing, “It was a terrible shame that poor Mr. Baughman wasn’t found for three days. A real pity.”

She will seemingly accept any explanation the hunters will offer for their presence but after that she will keep any eye out for suspicious activity; and if the police later come asking questions, she will remember the Hunters well.

That Which Was Marlene (The Other)

A wasted corpse, rotten from so many years in the septic tank, Marlene is more than an inexpertly raised zombie. Her resurrection was the result of Baughman unwittingly imbuing her remains with an unnatural consciousness called “the Other.” The Other is a formless intelligence from dimensions outside of our own that can inhabit the corpse of any human. The reanimated corpse is unnaturally strong. It is more cunning than intelligent, but it can draw upon the memories of the corpse it animates. The Other knows much of what Marlene knew. While it could not convince Clyde that his wife had returned to him, it made it impossible for him to destroy the body that spoke with his wife’s dead voice. It hopes to manipulate the newcomers with greater effect.

If “Marlene” realizes human beings are near, she attempts to get their attention and sympathy by pounding on the inside of the tank and crying for help in a croaking, pathetic voice. She says that her husband was a sick man, always seeking terrible secrets. She says he did something strange to her, awful pagan prayer to make her his slave forever. But it did not work the way he thought, so he locked her in this tank. Whatever he did kept her from dying. She begs for air and light. She begs for freedom.

An Agent who opens the hatch sees her inside, huddled weakly in the shallow water, reaching a hand feebly up. She looks like a small, somewhat misshapen, nude woman in her fifties. Her flesh is grey-blue, and she has torn out most of her hair. Her hands are blood-stained, the flesh stripped by constant clawing at the walls. Her feet and lower legs are swollen from frequent immersion in water, and their skin sloughs off with alarming frequency. And yet she lives. She does her best to persuade the Agents to help her. If an Agent reaches down to help her, she takes the offered hand. She says that she will recover. She needs only to eat, and rest and things will be all right.

Marlene keeps up this act if it works. If the Other thinks it has been found out, it will attempt to bargain with the Agents, offering the secrets of the cosmos in exchange for its freedom. What exactly the Other tells the Agents is up to you. It knows far less about the cosmos than it claims, and whatever it says will be four parts nonsense to one-part truth. Make up gibberish names and violations of physics.

Monster Type: Destroyer (motivation: to bring about the end of the world).

• Regeneration: If her Harm drops to zero, she falls twitching—and begins to heal. Marlene heals 1 point of harm at the beginning of her turn, every turn unless her body is thoroughly destroyed.

• Possession: If her body is destroyed, the spirit of the Other abandons Marlene’s corpse and drifts away unseen, seeking a new host. If another human dies nearby (within about 10 meters) the Other jumps into that corpse. If it can not gain access to a corpse it is forced to return to its native alien dimension. The Other can draw upon the memories of the corpse it animates.

•Undead Flesh: The sinews and body of an Other’s undead corpse is strong and tough. Hunters who attempt to contest with her in brute strength take -1 ongoing.

• Shadows: Four days later “the Agency” assigns an Agent to remove all evidence of Clyde Baughman’s ties to the Agency.

• Sunset: Mrs. Janowitz’s addict niece Eileen breaks into the Baughman apartment, ransacks it for drug money and learns of the cabin.

• Dusk: Eileen decides to squat in the cabin.

• Nightfall: Eileen frees “the Other” in a drug induced haze and is killed by it. “The Other” destroys the Armory by burning the Cabin and flees into the night.

• Midnight: “The Other” forms an evil cult at a remote location in New Mexico and begins to plan attacks on “the Agency”. 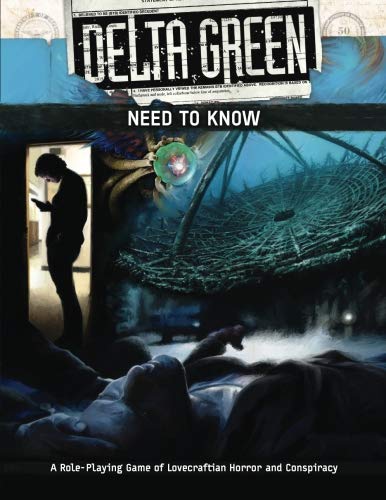 Posted by Mark Tygart at 7:47 PM No comments: 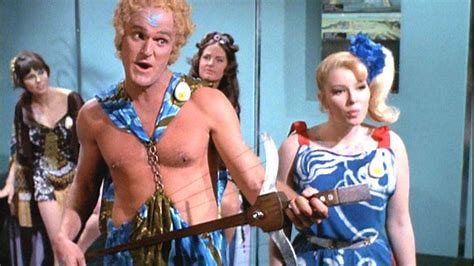 "We turn our backs on confusion and seek the beginning." – Sevrin, 2269 ("The Way to Eden"; Star Trek TOS) Doctor Sevrin was a research engineer from the planet Tiburon, renowned in the fields of acoustics, electronics, and communications. He came to reject the modern technical society of the Federation and started the philosophical movement One ("Space Hippies"), in search of the mythical planet Eden. When he started his movement, he was dismissed from his post. He carries the disease synthococcus novae, which required him to remain in environmentally-controlled areas. His rejection of modern technology and his inability to leave technologically-regulated areas contributed to his insanity. His fatal illness has somehow given him the psionic power to charm (as per the spell) and create fatal sonic blasts. Instinct: Create insane plans
▲ ▼


Several scholars have discussed the "space hippies". Like the acolytes of Leary, Charles Manson, and other negative counter-culture leaders, these bizarre and stereotypical alien flower children are "under the spell of an unknown "charismatic but dangerously unhinged leader"(Dr. Sevrin or chosen by the GM) and "stand for a sixties generation in the thrall of misled idealism." The group shows a disrespect for authority and demands to be taken to a planet they call "Eden" (a dangerous Dungeon World location sure to kill them all). If the party refuses they will label them "Herberts" and begin to loudly mock them.Paladins and other formally good character may be forced to care for them or suffer the displeasure of their deity. Instinct: Guide innocents to destruction 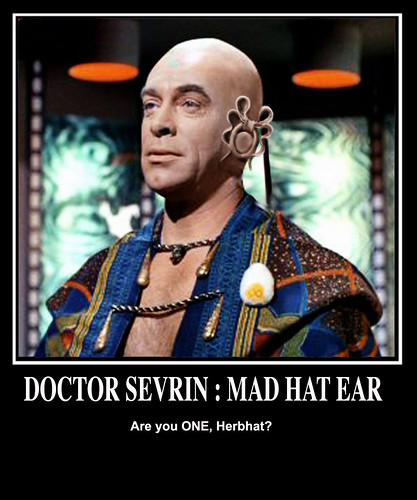 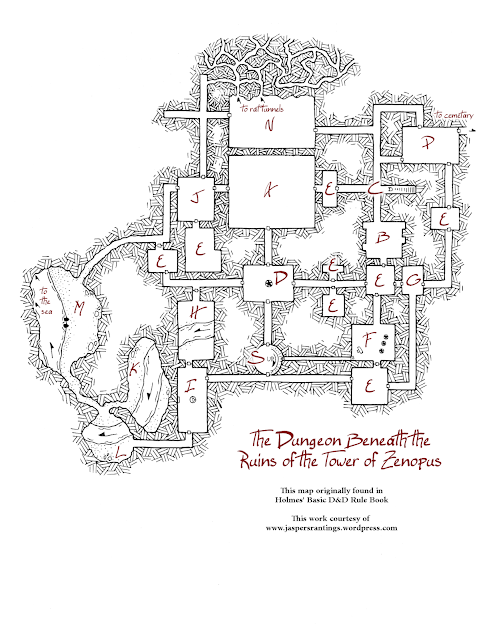 Posted by Mark Tygart at 9:55 PM No comments: